Andrew Yang and Warren Farrell on The Boy Crisis

The Forward Party's Andrew Yang discusses his own research and that of Dr. Warren Farrell in Dr. Farrell's Book "The Boy Crisis" 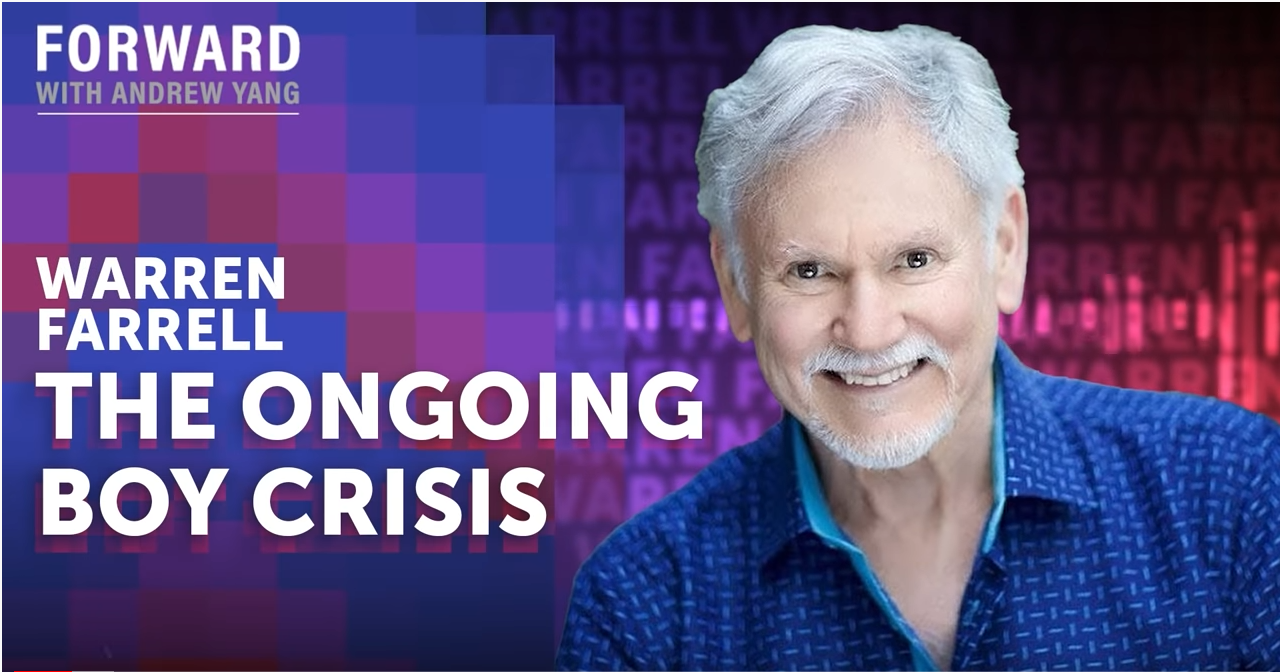 The Epoch Times, April 22, 2021, BY ZACHARY STIEBER AND JAN JEKIELEK

Key commonalities for most mass shooters in the United States are that they are male and that they lack a father figure in their lives, author Warren Farrell says.

People who carry out mass shootings at schools in particular tend to be boys who are suicidal, depressed, and dad-deprived.

In one example, a recent school shooter in Indianapolis did not have a father because in his early teens, his dad committed suicide. In another case, Stephen Paddock, who killed 58 in a mass shooting in Las Vegas, experienced his father imprisoned and went lengthy periods of time without seeing him. Adam Lanza, who authorities say opened fire in Newtown, Connecticut in 2012, also did not often see his father, who was divorced from his mother.

In a White House executive order of March 2021, a new White House Gender Policy Council was established. This was designed to support equity and equality for all genders. However, the MALE gender was left out.

Watch this satirical video for an insightful take.

Before we Abolish Cuomo and Due Process, Turn #Metoo from a Monologue to a Dialogue

Before we turn Andrew Cuomo from a national hero into an international outcast, let’s use the crisis to create an opportunity; replacing a #metoo monologue with a #metoo dialogue. 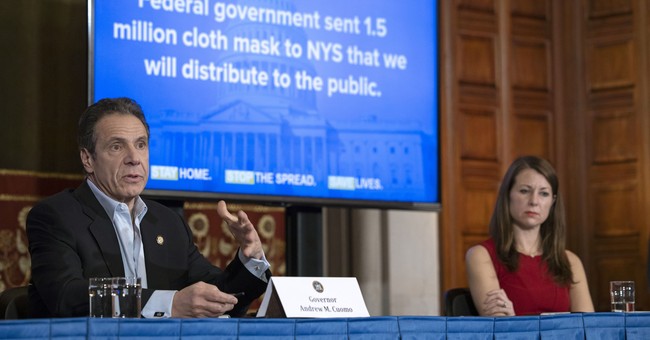 #Metoo’s good news was that millions of women expressed feelings they had previously repressed. Heterosexual boys and men, who were biologically and socially programmed to protect women, increased their sensitivity to what had created trauma for their sisters, wives, daughters, mothers, and female friends. Many were appalled to hear how their sexual initiative-taking often felt oppressive to women and created traumas the women they loved had repressed. Virtually every heterosexual man sensed that he had been part of the problem in the past. Even men who said little were quietly introspective.

Now the bad news: #metoo is a monologue, and the solution is a #metoo dialogue.

The male-female dance is a delicate tango. And yes, it takes two to tango.

Jordan B Peterson Interviewing and Discussing With Dr. Warren Farrell - The Boy Crisis, The Importance of Fathers in Children's Lives and Gender Equality History 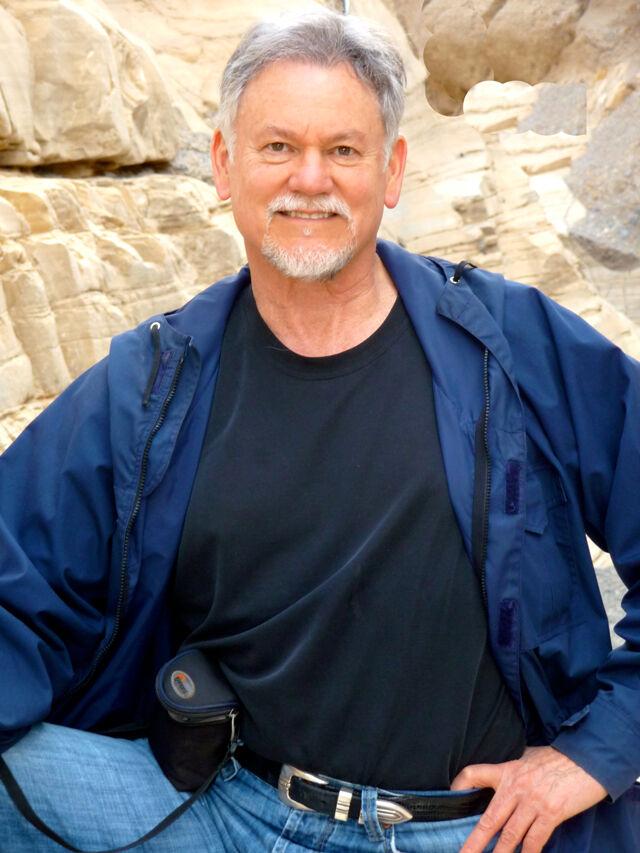 Dr VIBE is the host of "Black Men Talking", "Dads Talking" "Man, Listen"... among other shows

Dr.VIBE, The Dr. Vibe Show, dominates the Internet when it comes to hosting intelligent, entertaining conversations on race and gender. His experience as a TV reporter injects an extra dose of thoughtfulness into all of his interviews, setting him apart from the average online broadcaster.

Sylvester Witter is a well known advocate for boys and men with the added dimensions of being Black and a Father. His experience in mentoring boys is essential to helping boys and men develop and achieve. 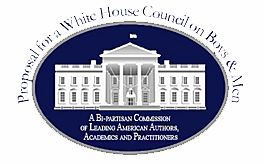 Despite two mass shootings leaving virtually every American feeling some degree of insecurity, President Biden failed to even acknowledge them, no less suggest a plan to avert future shootings. What was missed in this omission?

In Dr. Warren Farrell’s research for The Boy Crisis, he uncovered 63 red flags of depression and suicide that warn us that a boy or man may be hurting. A mass shooting is both a multiple homicide and a suicide (either literally or practically)—that is, a boy or man hurting enough to also end his own life.

In 2009 a multi-partisan coalition of many of the nation’s leading experts articulated the depth of the boy crisis, its threat to America’s future, and the need for a White House Council on Boys and Men to address its multiple facets.

In 2019, on Sixty Minutes, Fed Chair Jerome Powell ranked the boy crisis as one of the two biggest threats to America’s economic future.

Dr. Warren Farrell, the chair of the Coalition to Create a White House Council on Boys and Men, explains the boy crisis in this TEDx talk.

The Primetime host, Rachel Campos-Duffy, has nine children. She "gets" Dr. Warren Farrell's argument as to why excluding boys and involved dads from the White House Gender Policy Council is a disaster to children. Especially boys in school--or not in school--during COVID.

Watch the video of Warren Farrell, and Deb Blum

This story in Colorado Politics on their dialogue was syndicated throughout Colorado. USA Today Features Plea to Create White House Council on Boys and Men

After the El Paso and Dayton shootings, Dr. Farrell explains why dad-deprived boys account for the vast majority of male prisoners, ISIS recruits and mass shooters. The Boy Crisis: Causes and Solutions

Dr. Warren Farrell on FOX and Friends in 2019 suggests that President Trump create a White House Council on Boys and Men to call the boy crisis to national attention and the development of “Father Warriors” as one of many solutions. May, 2019: Staten Island Council on Boys and Men Becomes Only Active Government Entity Concerned with Boys’ and Men’s Issues 2015: Boy Crisis, Fatherlessness, and Presidential Candidates

How You Can Help

Watch this video to see how you can help boys and men meet the presidential candidates in New Hampshire and Iowa in 2019, as they did in 2015, to get them to call the boy crisis to national attention and the need for a White House Council on Boys and Men as one solution .